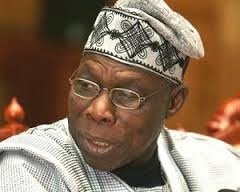 Chief Obasanjo had claimed Buruji is 'a wanted criminal'. And allegation the fellow People's Democratic Party member has refuted with threats to institute legal action against his accuser.


But the more senior party stands by his allegations.

Here is a reproduction of report surrounding this happenstance. 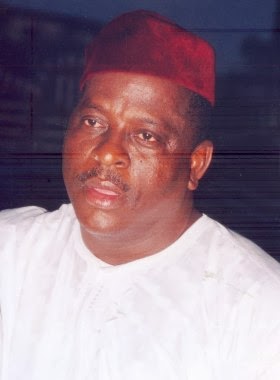 ' Former President, Chief Olusegun Obasanjo  has called the bluff of chairman, Mobilisation and Organisation of the Peoples Democratic Party, PDP,  in the South-West,  Buruji Kashamu to proceed on his plan to go to  court over his comment that he is wanted in the United States of America.
Obasanjo through his lawyer,  Wale  Ajayi in his reply to a letter written to him by Kashamu through his counsel,  Alex Izinyon (SAN), alleged that Kashamu had no moral name worthy of any protection.

According to the former President: “The portion of his letter which referred to Kashamu in his open letter to President Jonathan is correct and not misleading,” saying he is  ready to justify any aspect of the correspondence  which according to him, is already within the public domain.
The former President in his  reply entitled,  ‘Re: Defamatory publication,  injurious and malicious falsehood and unbridled vendetta against Prince Buruji Kashamu,’ dated January 14, said: “The letter does not suggest any form  of vendetta and not malicious or misleading in any material particular.”

Buruji in his letter dated December 14, 2013 to Obasanjo complained that the former President in his December 2, 2013  open  letter, ‘Before  it is too late,’  written to President   Goodluck Jonathan, had  maligned his character,  urging Obasanjo to retract the statement, failing which he threatened to  drag him to court.

'According to Izinyon: “Those false and malicious statements, which are too extensive to set out in this letter, held our client out to public odium and portrayed him as a criminal involved in narcotics related criminal activities who would have been in jail but for the protection  given by the President of the Federal Republic of Nigeria from extradition to and prosecution in the United States of America.

“If however, you choose ‘to sit don look’ we have further instruction without any further notice to you to seek legal redress,” he said.
But, in his reply,  Obasanjo’s lawyer, Abeeb Ajayi said that, “the letter referred to and dated  December 2, 2013, to Dr. Goodluck Jonathan,  President  of the Federal Republic  of Nigeria  was authorised by him and the opinion expressed therein  particularly with reference to your client is in the interest of the country, Nigeria.

“That his letter does not suggest any form of vendetta and not malicious or misleading  in any material particular.
“That the portion of the letter which referred to your client are correct and not misleading and our client is ready to justify any aspect of the reference  which is already within the public domain.

“ That he is not ready whatsoever to make  any retraction of the said words mostly when it was done in good faith and in the interest of the country.
“In the foregoing therefore, we urge you to be  most professional in doing the bidding of your client who only admitted in his open letter to our client that  the allegation against him is that of mistaken identity.'
Posted by MAN ABOUT TOWN at 4:10 AM