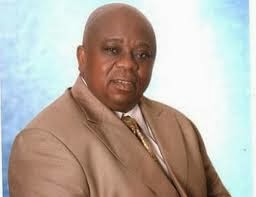 House of Representative Member, Tunde Adejare is down with ill health.

And his ailment is tagged 'cancer related'.

The situation is said to be such that he has been flown abroad.


He was reportedly taken abroad about a month ago.

Here is how newsbreaker thegazellenews reported the development

'The member of the House of Representatives for Agege Federal Constituency, Dr Samuel Babatunde Adejare is seriously sick and has been flown abroad for treatment.

'Thegazellenews.com learnt exclusively that the lawmaker, who had earlier spent eight years as a lawmaker in the Lagos State House of Assembly, was flown abroad about a month ago.

The nature of his illness was not revealed but source told thegazellenews.com that about three years ago during a trip to the United States of America (USA) the Assembly Committe on Health he was then the chairman, he had to stay back for extra two weeks for treatment on what the source term as ‘cancer symptoms’'.
Posted by MAN ABOUT TOWN at 3:05 AM